From then on Jesus[j] began to tell his disciples plainly that it was necessary for him to go to Jerusalem, and that he would suffer many terrible things at the hands of the elders, the leading priests, and the teachers of religious law. He would be killed…

Acts 8:3
3 But Saul was going everywhere to destroy the church. He went from house to house, dragging out both men and women to throw them into prison.


I was reading these to passages from the bible. Jesus had to suffer at the hands of elders, leading priests, and teachers of the law. He suffered at the hands of these people who were religious.

Email ThisBlogThis!Share to TwitterShare to FacebookShare to Pinterest
Labels: Learnings

It was about noon time as Saul was traveling towards Damascus. It was also the same time when the Light of Life shone brightly as noon day to turn his dark days to light. His encounter with God blinded him and brought him to ground. At times as we encounter God in our lives we too are brought to this state. 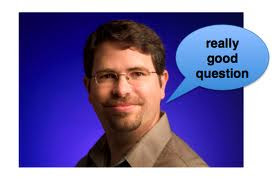 As he was in this state, he asked two good questions. He asked the right questions. (Acts 22)

The first question led him to know Jesus personally as God answered him. As soon as he had this personal knowledge of Christ Jesus, the very first thing he asked is “What should I do, Lord?” From thereon if you see Paul’s life at each point in his life he gets his direction from the Lord. If you have not asked the first question, ask it now with all sincerity. God will reveal himself to you. The second question is very important if you say you are a disciple of Jesus. As you ask Him, may he reveal His plans for you? The answer for these two questions can change the way you live on this planet Earth.
at July 05, 2011 No comments: Links to this post