Have you ever prayed for someone? What is your prayer for others? What do you pray for yourself? St Paul is one person who prayed much for others and lived in such a way that he could say, “Follow me as I follow the Lord”.
So it’s always good learn from Paul on how to pray for others and also we can pray those prayers for our own selves.

I will just take you to one of Paul’s prayers for people of God.

These are his prayer points:

•To be filled with the knowledge of His Will.
•To have a deeper spiritual wisdom and understanding.
•To live a life that pleases Him in every way.
•To grow in the knowledge of God.
•To be strengthened to endure and be patient.
•To be joyfully thankful.

Most of us have a different prayer point list. But it’s good to learn from this great man of God. May this prayer points be our prayer and also prayer for others. Well, you may say, “I don’t desire or feel like praying these things for my life”. Don’t worry. Just start praying these words till it becomes your real desire. That’s because these Words are living and powerful.

Do you know some other prayer points of Paul?
at June 14, 2011 No comments: Links to this post

Email ThisBlogThis!Share to TwitterShare to FacebookShare to Pinterest
Labels: Prayer

I have not written for some time not because of lack of ideas but because of there were too many ideas. This is what I would do for the past one week. I would write a couple of sentence on a topic and then stop it and write another 2 lines on some other topic and then stop it and then ..(Well you know the cycle went on for some time.) Though there were so many ideas, I could not get anything meaningful because I was not focused. 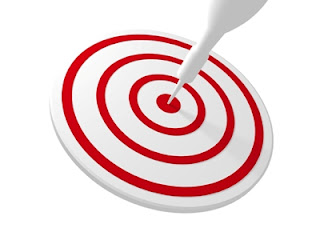 Life can be like that. Though you may do so many things, unless you focus on ONE important thing, it would be meaningless.
Here are a few questions for us to ponder.

Email ThisBlogThis!Share to TwitterShare to FacebookShare to Pinterest
Labels: Learnings

If you are looking for a book on prayer, then you must read Philip Yancey’s book Prayer. This is such an excellent book. So what did you learn about prayer may be your question. Well, rather than explaining what I learnt about prayer, I can tell you one thing, this book really made me pray. Page after page and chapter after chapter, I stopped and went to pray. Don’t you think this is the success of the book? 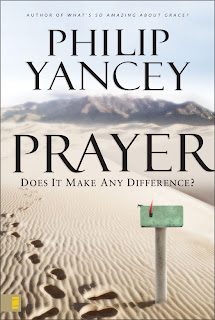 Here is a beautiful paragraph from this book.
“Ben Peterson, currently chaplain at Westmont College, California, tells of a time when he ruptured a disc and the doctor prescribed six weeks of total bed rest. Heavily medicated and lying flat on his back, he found that reading was virtually impossible. In that incapacitated state, he learned an important lesson about prayer.
(He explains it in the following way)
“I was helpless.
I was also terrified. What was this all going to mean? How was I to take care of my family? What about the church? I was the only pastor it had, and I could do nothing for it. Out of sheer desperation I decided to pray for the church. I opened the church directory and prayed for each member of the congregation, daily. It took nearly two hours, but since there was nothing else I could do for the church, I figured I might as well pray for it. It was not piety that made me to do it, it was boredom and frustration. But over the weeks the prayer time grew sweet. One day near the end of my convalescence, I was praying and I told the Lord, “You know, its been wonderful, these prolonged times we’ve spent together. Its too bad I don’t have time to do this when I am well.”
God’s answer came swift and blunt. He said to me, “Ben, you have just as much time when you’re well as when you’re sick. It’s the same 24 hours in either case. The trouble with you is that when you’re well, you think you’re in charge. When you’re sick, you know you’re not.”
I pray that not only during tough times when we realize we need God’s strength but also during times when we are well we would pray and seek the Lord.
at June 09, 2011 No comments: Links to this post

Sitting at the Feet of Rabbi Jesus

Here is a small paragraph from the book “Sitting at the Feet of Rabbi Jesus”. This is one of the best books that I read last year. It is written by Ann Spangler and Lois Tverberg. There are many such beautiful paragraphs in this book. It is a good read for learning about the Jewishness of our Jesus, which would enhance our understanding of Jesus and his words. 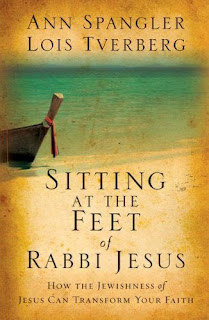 Here is the Passage.

“Imagine for a moment that you possess the sheet music of the most beautiful piano concerto ever written, but you never heard the whole piece perfectly performed. Then one day you meet the composer’s son, who himself is a great pianist. This man knows his father’s music by heart. As he sits down to play with the orchestra, the music is so achingly beautiful that you began to weep. At last you have heard the most magnificent concerto in the world being played exactly as the composer intended. This is a rough analogy of what Jesus has done for us, not merely telling us but showing us what human beings, created in God’s image, were meant to become.”

This paragraph presents us a beautiful illustration of Jesus. Jesus not only showed us how a human life is exactly to be lived. He showed human beings how exactly God would look like. If you want to know God, Study the life of Jesus. That’s how God will look like.
at June 01, 2011 2 comments: Links to this post