A heartwarming collection of Christmas stories and reflections from Max Lucado
These stories—like your favorite Christmas ornaments—come in all shapes and sizes. They unfold in a variety of settings, from ancient Bethlehem to rural England. From a small Texas town to the heavenly realms. Some are short. Others many chapters long. Some offer reflections. Others imagine Christmas through the eyes of a burnt-out candle maker, a lonely business man, or heavenly angels
Overall a good Read!!
Disclosure of Material Connection: I received this book free from the publisher through the BookSneeze®.com <http://BookSneeze®.com> book review bloggers program. I was not required to write a positive review. The opinions I have expressed are my own. I am disclosing this in accordance with the Federal Trade Commission’s 16 CFR, Part 255 <http://www.access.gpo.gov/nara/cfr/waisidx_03/16cfr255_03.html> : “Guides Concerning the Use of Endorsements and Testimonials in Advertising.”
at January 05, 2013 No comments: Links to this post 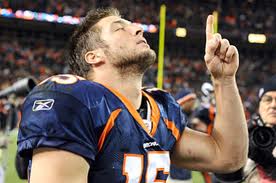 John’s gospel itself was written as a testimony about Jesus. And in this gospel, John emphasis on the power of our Testimony (John:19:35, 20:31)

Samaritan women is another example. Through her testimony many Samaritans believed in Jesus. (John 4:28-29,39)

Jesus prayed that through the disciple’s testimony many would believe in Him. (John 17:20)

John the Baptist boldly testified about Jesus when so many where afraid to. He is our example to testify about Jesus. And his testimony made many to follow Jesus.

What are you testifying? Are you testifying boldly or are fearful to share your faith? Does your testimony point to Jesus?
at January 03, 2013 1 comment: Links to this post 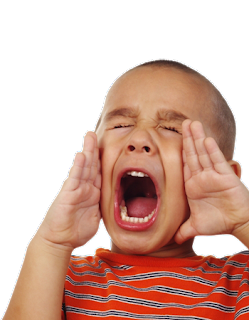 John 1:23 is about John the Baptist as we commonly call him. He was the voice shouting in the desert. He had a special calling to be the forerunner of Jesus. He was pointing not to himself but he was a voice that was pointing to Jesus, who was the Word.

Nobody could ignore this voice. People were coming from all over the country to hear this voice that shouted in the desert.

What do people hear as they look at your life? We are called to live a life that Shouts Jesus. At least does our life whisper Jesus?

May be always realize and be aware that we are called to say “I am a voice shouting..”
I pray that this year may the Lord make our life a “Voice that Shouts” Jesus!!
at January 02, 2013 2 comments: Links to this post

Revealing God to Us! 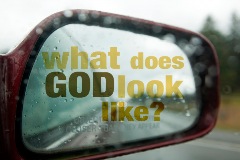 What if we have a person who was with God from the beginning? And what if that person would come and live with us and reveal or explain God to us. Well, this is exactly what Jesus did.
The Word (Jesus) was with God from the beginning. So Jesus would be the best person to reveal God to us. Jesus came into this world to reveal God to human beings. He became human and made his home among us.

You may have so many questions about God. Read through the gospels and follow the character of Jesus. The way Jesus talked and acted would be the exact way God would talk and act.

As we start this New Year, let us study, meditate, follow, and observe Jesus from the gospels. Let Jesus reveal God to us this year!
Because He was with God and He became human and made his home among us, He could reveal God to us.